“If more of us valued food and cheer and song above hoarded gold, it would be a merrier world.” ― J.R.R. Tolkien

Betcha don't know what gjetost is.

It is the absolute best cheese ever.


The name derives from the Norwegian for goat - Gjet.

Norway's mountainous landscape, in which only about 3% of the land can be cultivated, made goat's cheese the more common in the past, but now the milk is often mixed with cow's to give a more varied taste. The result is a semi-hard cheese with a fat content lower than most (about 30%). However, it can be made with goat's milk alone, which is known as Ekte or genuine Gjetost.

It is made by boiling the leftover whey of cow's and goat's milk until the lactose caramelises (which gives it its light brown appearance). The cheese is then poured into rectangular moulds and left to cool. The outer surface is similar to that of a decorated cake.

The taste resembles a slightly sour but sweet caramel with a smooth texture similar to fudge. It is, quite simply, the best cheese I have ever tasted. I first had it in Ballard, a suburb of Seattle largely populated by Scandinavians (unsurprisingly). Along with Jarlsberg, another Norwegian cheese, it is my favourite cheese.

I found it the other day in Anderson & Campbell deli in Sayers Lane, Tenterden. I had to buy some. It is absolutely fantastic. I had some of it today for lunch on top of some lovely Ryvita Crispbread with Pumpkin Seeds and Oats. Good stuff.

Yesterday I had a wee excursion down to New Romney with my sister. We chose New Romney as it always seemed like a nice little town but it's the sort of town we'd only ever gone through on our way to somewhere or other, usually Dymchurch, Greatstone or Littlestone. We parked the car and decided to go up one side of the High Street and down the other. We looked in some shop windows and then came to the Spice Of Life Deli, which has a website at http://www.speciality-foods.co.uk/. Inside were all sorts of exotic foods, lots of jams and preserves, cheeses and olives ahoy, snacks and drinks. There were also racks and racks of large jars filled with spces behind the counter. We ended up buying some juices from Chegworth Valley who grow their fruit for their juices near Leeds Castle in Kent, and have some love varieties including Apple & Raspberry (pictured), Apple & Rhubarb, and the one I picked, Apple & Beetroot (which I haven't tried yet but I'll tell you all about it when I do). We also bought a box of rather decadent cookies by Border Biscuits, some lovely Butterscotch and Pecan Cookies, which went down a treat with my afternoon tea.

After trolling around town a little more and looking in all the shop windows, the butcher, the florist, the shoe shop and just about every real estate agents, we stopped at St. Nicholas church in the centre of the town and went in, looked at the old flagstones and stained glass windows, then continued on our merry way.

It was getting near lunchtime and so we went for lunch at Lydd Airport. Now, it may seem like an odd choice of venue for lunch, but trust me on this. Lydd Airport's restaurant and bar, named after Capt. W.E. Johns' fictional flying ace Biggles, is a great place to get a good lunch at not too outrageous of a price, and sit and eat while watching light aircraft take off and land. Now of course, due to the recent flying ban (because of volcanic ash) there wasn't a lot of air traffic as the ban had only just been lifted, but we did see a couple of Cessnas coming in and taxiing. I chose the special,which was roast turkey, roast potatoes, veggies and Yorkshire pudding which was a plateload of food at only £4.95. Super. A resounding four and a half yums out of five for Biggles!

Email ThisBlogThis!Share to TwitterShare to FacebookShare to Pinterest
Labels: Food

Come on and chew the fat! 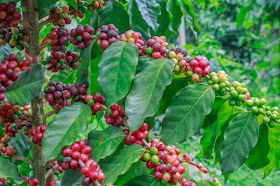